FACE OF DEATH
The third and final book in the TOUCH OF DEATH series.
By Kelly Hashway 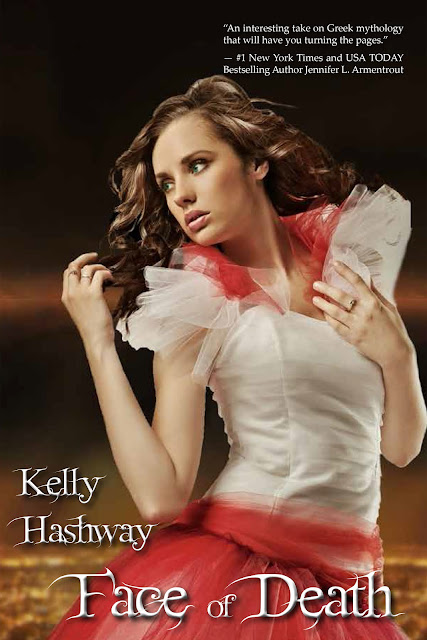 Title: Face of Death (Touch of Death #3)
Author: Kelly Hashway
Publisher: Spencer Hill Press
ISBN:  978-1-937053-92-5
Release Date: 1/7/2014
Formats: Paper, e-book
Having fallen at the hands of Hades, Jodi's enduring torture like she never imagined. Worse, she has to watch her Ophi friends suffer along with her--the punishment doled out by the very people she'd sentenced to life in Tartarus. Hell. This is one reunion Jodi hoped would never happen, but now she must find a way to free them all.
Except the underworld is nearly impossible to escape.
Jodi's one chance may rest in raising the human soul she killed when she drank Medusa's blood.
But splitting her human soul from her Ophi soul means living a double life: One as an Ophi experiencing unspeakable torture and the other as the human she could have been if she never came into her powers. With her two worlds colliding, Jodi will have to make the toughest decision she's faced yet.

Email ThisBlogThis!Share to TwitterShare to FacebookShare to Pinterest
at 11:58 PM