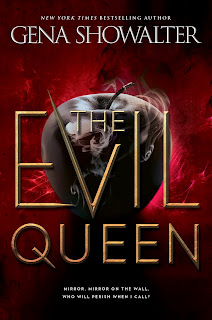 WELCOME TO THE FOREST OF GOOD AND EVIL.
A DREAM COME TRUE…AND A LIVING NIGHTMARE.
Far, far away, in the realm of Enchantia, creatures of legend still exist, magic is the norm and fairy tales are real. Except, fairy tales aren’t based on myths and legends of the past—they are prophecies of the future.
Raised in the mortal realm, Everly Morrow has no idea she’s a real-life fairy-tale princess—until she manifests an ability to commune with mirrors.
Look. See… What will one peek hurt?
Soon, a horrifying truth is revealed. She is fated to be Snow White’s greatest enemy, the Evil Queen.
With powers beyond her imagination or control, Everly returns to the land of her birth. There, she meets Roth Charmaine, the supposed Prince Charming. Their attraction is undeniable, but their relationship is doomed. As the prophecy unfolds, Everly faces one betrayal after another, and giving in to her dark side proves more tempting every day. Can she resist, or will she become the queen—and villain—she was born to be?
The battle between good and evil is on.

A great retelling of Snow White, the Evil Queen gives us a different view of our favorite characters.
First I have to say this is an instalove book, but be mindful that EQ is based on a fairy tale, so insta love it's a most.
The characters are great I really enjoyed Everly's voice. like everyone in real life her choices set the path to her future and like everyone she gets things right and wrong but she tries to do her best in every situation.
I felt sorry for her more times than not, yes she did bad things but it was always prompted by the actions of the other key players in the book. She tried her hardest to be good but betrayal and hurt tend to obscure her decisions.
Roth is the epitome of a fairy tale prince and at the same time he's everything a prince should not be. He's loyal to his core and handsome as sin but he's also judgmental and a hypocrite.
This books is exactly why I always side with the villain, it's why Maleficent and the Evil Queen are one of my fav. Characters ever. They wouldn't be "evil" if the people around them haven't shattered their trust and their hearts. They are the ones to blame, after all how can you be evil when you are fighting for your life and those you hold dear?
EQ is a unobstructed view of human nature, we all have the potential to do great things but we also have the ability to be despicable.
I really enjoyed it, the only reason I didn't give it 5 stars is because I got lost a couple of times, some characters didn't make sense to me, like there was no motivation behind them. Maybe is something that will be addressed in next books. Which I'll be reading for sure.
All in all The Evil Queen is a nice new look on one of my fav. villains and I enjoyed it deeply. 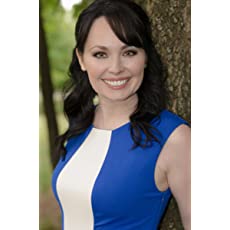 Gena Showalter is the New York Times and USA TODAY bestselling author of multiple "unputdownable" series in paranormal, contemporary, and young adult romance. Learn more about Gena, her menagerie of rescue dogs, and all her upcoming books at genashowalter.com

Email ThisBlogThis!Share to TwitterShare to FacebookShare to Pinterest
at 12:00 PM