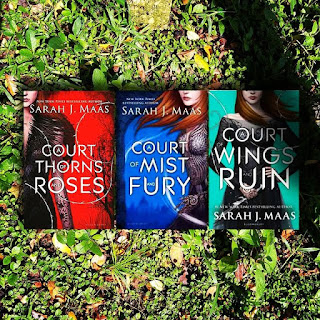 A Court of Thorns and Roses
Feyre's survival rests upon her ability to hunt and kill – the forest where she lives is a cold, bleak place in the long winter months. So when she spots a deer in the forest being pursued by a wolf, she cannot resist fighting it for the flesh. But to do so, she must kill the predator and killing something so precious comes at a price ...Dragged to a magical kingdom for the murder of a faerie, Feyre discovers that her captor, his face obscured by a jewelled mask, is hiding far more than his piercing green eyes would suggest. Feyre's presence at the court is closely guarded, and as she begins to learn why, her feelings for him turn from hostility to passion and the faerie lands become an even more dangerous place. Feyre must fight to break an ancient curse, or she will lose him forever.
A Court of Mist and Fury
Feyre survived Amarantha's clutches to return to the Spring Court—but at a steep cost. Though she now has the powers of the High Fae, her heart remains human, and it can't forget the terrible deeds she performed to save Tamlin's people.
Nor has Feyre forgotten her bargain with Rhysand, High Lord of the feared Night Court. As Feyre navigates its dark web of politics, passion, and dazzling power, a greater evil looms—and she might be key to stopping it. But only if she can harness her harrowing gifts, heal her fractured soul, and decide how she wishes to shape her future—and the future of a world cleaved in two.
With more than a million copies sold of her beloved Throne of Glass series, Sarah J. Maas's masterful storytelling brings this second book in her seductive and action-packed series to new heights.
A Court of Wings and Ruin
FEYRE WILL BRING VENGEANCE.
She has left the Night Court - and her High Lord - and is playing a deadly game of deceit. In the Spring Court, Tamlin is making deals with the invading king threatening to bring Prythian to its knees, and Feyre is determined to uncover his plans. But to do so she must weave a web of lies, and one slip may spell doom not only for Feyre, but for her world as well.
As mighty armies grapple for power, Feyre must decide who to trust amongst the dazzling and lethal High Lords - and hunt for allies in unexpected places.
BUT WHILE WAR RAGES, IT IS HER HEART THAT WILL FACE THE GREATEST BATTLE.
THE THRILLING THIRD BOOK IN #1 NEW YORK TIMES BESTSELLING FANTASY SERIES FROM SARAH J. MAAS.

I love this series and I felt the need to reread this story, so I caved and here we are.
The first time I read this series I was team Tamlin all the way until under the mountain. I couldn't wrap my mind around how he didn't tried to help her once.
Rhys on the other hand was intriguing since the start. Yes he was bad but he never did truly bad things to Feyre. I didn't understand why I felt such a fascination with this character until this reread.
Rhys is present in this series before we even get to meet him. Feyre always looked to the night sky for comfort and I started to associate it with Rhys unconsciously.
I started to truly see the difference between Tamlin and Rhys on the second book. Tamlin didn't care for Feyre's wellbeing while Rhys did everything he could to help her push through her trauma. She never seek one for comfort while she leaned on the other.
I realized that I started to fall for Rhys right along with Feyre, while he still was an enemy. The story was crafted perfectly.
Knowing how everything ended, gave me the opportunity to see things I didn't saw at first. How wrong Tam was for her, how wicked Ianthe truly was since the beginning. The why of Nesta's attitude. So many things I didn't picked up on the first time.
I can't wait for the next book and see how Nesta's story is going to unravel. 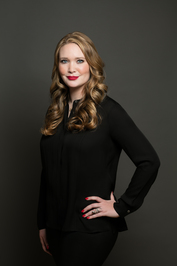 Sarah J. Maas is the #1 New York Times and internationally bestselling author of the Crescent City, A Court of Thorns and Roses, and the Throne of Glass series. Her books have sold more than twelve million copies and are published in thirty-seven languages. A New York native, Sarah lives in Philadelphia with her husband, son, and dog. To find out more, visit sarahjmaas.com or follow @therealsjmaas on Instagram.
Website

Email ThisBlogThis!Share to TwitterShare to FacebookShare to Pinterest
at 11:15 AM