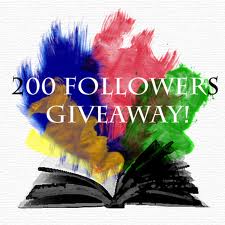 Hi guys it’s Giveaway time again, I want to thank you all for the amazing ride I’ve had so far, my blog would not be the same without you and your comments.
The last six months have been incredible, I’ve meet great friends and other book addicts just like me; being a blogger has been a great experience one that I wouldn’t change for anything. 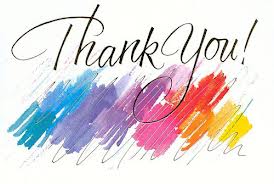 I’m giving away a $20 amazon gift card to the winner, but wait a minute that´s not all, I’m also giving away not one. Not two but four e-books, yeah your read me right, four e-books.
From 3 of my all-time favorite authors list, I’m going to post the blurbs and covers of the e-books I’m giving away so you can get an idea of how amazing the books are. 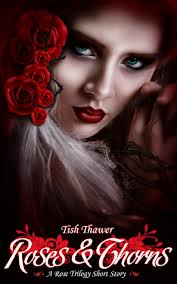 Roses & Thorns, a Rose Trilogy short story, take us through Rose and Christian's whirlwind romance as they build the relationship that will see them through the difficult times that lie ahead.
This is book 1.5 on The Rose Trilogy Series if you haven’t read Tish books you should do it like ASAP here is a link for the first book on the Trilogy
Scent of a White Rose 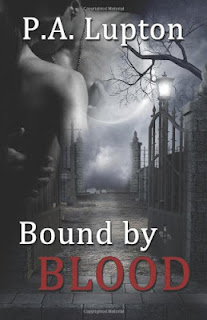 FBI agent and psychic, Brianna Reece, descends from an ancient and powerful bloodline of witches, only she doesn’t know it. But now that legacy has come back to bite her—literally.
In the shadows of night in Denver Colorado, a serial killer is hunting women, and FBI agent Brianna Reece is hunting the killer. Unlike any case she’s worked before, Brianna can’t ignore the prickling at the back of her neck when she glimpses the resemblance she shares with the victims. The investigation begins to touch even closer to home when it is revealed that all of the victims were also psychic.
Complicating matters further, Brianna is captivated by the FBI’s prime suspect Nathan Donovan. Though she senses he is hiding something from her, the attraction she feels for him is compelling, and unlike anything she’s ever experienced. Through a chance twist of fate, Nathan learns of Brianna’s ancestry and is forced to divulge secrets to Brianna that will change her life forever.
When she learns that the killer is an evil vampire, and he’s now set his sights on her, Nathan alone holds the key to awakening her dormant powers. Now he must race to teach her how to control her emergent gifts before she becomes the next victim. 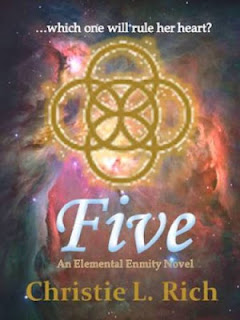 Rayla Tate was just a child when her mother disappeared from her life forever. Raised by her aunt Grace in a small town, she has lived an extremely sheltered life. Unknown to her, she was hidden from the fae who live secretly among us. Descended from an ancient blood-line of Elementals, only she has the power to crown the first fae high-king.

Sick of provincial living and the dictates of her aunt, Rayla flees the safety of her home and runs away to college with her best friend. Unfortunately, excitement over her newfound freedom is short-lived when she finds herself being chased by a mysterious stranger on her way to school. She is drawn to him immediately; however, she somehow manages to resist the compulsion she feels. As he disappears into the night, she is certain he hasn't gone far.

Rayla struggles to deal with the encounter while adapting to her new environment. To make matters worse, Aunt Grace reveals that Rayla will be hunted by a pack of fae lords, each hoping to claim her power for his own. She soon finds herself surrounded by stunning men. Could they be fae, or is this just normal college life? More importantly, why does she feel drawn to each one of them? What dark power do they hold over her? She must quickly learn to fend off these beautiful and seductive pursuers using whatever means necessary or find herself lost to the fae world forever 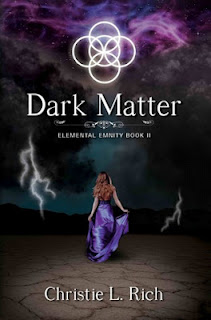 Rayla Tate’s dreams for the future shattered when she discovered she was an Elemental capable of manipulating matter. Thrust, once again, into the magical fae realm of Faeresia, she has an important choice to make. But now that she has Heath to contend with, deciding between Zach and Luke is the least of her concerns. Tall, dark and lethal to her will, her attraction to Heath eclipses all she has experienced with any other lord, but he is using compulsion to wear her down. If only she could trust her feelings?

In a desperate attempt to escape Heath, she accepts the help of a little troll and finally gets what she wants; however, her relief is short lived. Things go terribly wrong when a dark force closes in on her, threatening to steal her burgeoning power before she even has a chance to test her abilities. Now, with Rayla as their captive, the Order will stop at nothing to create a male Elemental, and willing or not, Rayla is the key.

Caught up in the age-old battle for dominance between human and fae, only one question matters to her now—will she be able to save those she loves most without losing herself in the process? Or will she be forever haunted by the choices she alone can make?
These are the first two books on the Elemental Enmity Series and I love them, this series is in one word AMAZING
ohh and BTW this is the first time ever that Dark Matter is been up for giveaway, so grab it while you can!!!!
ok so for the giveaway you guys just need to make your entries on the Raffle below and pls, leave me a blog post comment with your email so I can notify the winner.
thanks so much for the last six months

Enter the raffle below, you know you want too

Email ThisBlogThis!Share to TwitterShare to FacebookShare to Pinterest
at 9:04 PM