Oh Yes, I´m part of the Blue Moon blog Tour, I´been proudly displaying the button on my sidebar for months now and counting the days for me to share this with your guys.
First I need to say that I´m a HUGE, huge fan of Julie Belfield and I stalk her every way I can, but the thing I check out the most is her blog, why? well, because she´s funny and withy and she always have the most amazing stories about her and Mr. B. ohh what? you dont know who Mr. B is? well you can put a remedy to that by following her too.
I´ll help you guys up and give you all her links, don´t ya love me? I know you do =D

Now let´s talk a little about Blue Moon. This book is #2 on the Holloway Pack Series. and was published on Dec. 3rd by J. Taylor Publishing. So, you can go buy this baby now or add it to your TBR list on goodreads

So That being said you guys need to know who is behind this series so,please let me present you 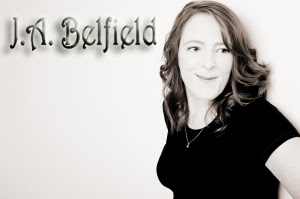 One day, a character and scene popped into J. A. Belfield’s head, and she started controlling the little people inside her imagination, as though she were the puppet master and they her toys. Questions arose: What would happen if …? How would they react if …? Who would they meet if …?
Before she knew it, a singular scene had become an entire movie. The characters she controlled began to hold conversations. Their actions reflected the personalities she bestowed upon them. Within no time, they had a life, a lover, a foe, family … they had Become.
One day, she wrote down her thoughts. She’s yet to stop.
J. A. Belfield lives in Solihull, England, with her husband, two children, four cats and a dog. She writes paranormal romance, with a second love for urban fantasy.
*****
Julie super rocks, that´s one of the reasons I´m so happy to part of this tour, that and well,she writes the most amazing books ever LOL!!!!
So after a long time of stalking on my part julie agreed to come here and talk to us about wolfiness =D Did I mention she is super funny too?..
Hi Julie *waves*
*~*~*~*
First up, I’d like to thank Karla for letting me loose in here. And secondly, I’d like to encourage y’all to read past the next paragraph, coz this ain’t the history lesson on wolfiness it might appear at first glance.
Werewolves are a myth that has come in many forms over the centuries, bringing with them many a tale. From stories like The Wolfman, The Howling, or even Little Red Riding Hood, there’s no denying us mere humans hold a twisted fascination with these beastly beings.
Though, whilst ‘wolf’ is the part of their title meant to distinguish the animal they descended from, you’ll notice most of these ‘monsters’ mostly resemble a crazy-a$$ed, overly hairy geezer with a tendency to slather phlegm during snarls and an unwillingness or inability to hold onto his humanity.
Well, thank goodness, werewolves (in literature, at least) seem to be evolving.
Unless you delve into horror, or head into more twisted tales, or come across the less refined souls otherwise known as lycans, you’ll find that more and more werewolves are being depicted as actual wolves (imagine that), with an element of control over their actions (who’d’a thunk it? O_O), and (in some cases) a huge sex appeal that their animalistic nature only helps to enhance.
Whilst the wolves of The Holloway Pack might not be dripping in sex appeal (possibly because sex isn’t the main point of the books), there is no denying that their wolfie natures define them and helps ensure they catch the ladies’ attention—as well as their traits and protectiveness and loyalty. Okay, maybe their rocking bodies play a part in that, too. ;)
Either way, these kinds of werewolves are welcome in my imaginary worlds, and in my imagination, any time. From those who only show their true instincts when turned, to those whose growls and snarls and sniffs and grunts carry on through to their human forms, from Alpha to beta and all those in between … I’m liking the werewolves of today. A lot.
What about you guys? What makes a great werewolf for you?
*~*~*~*
Thanks so much for your visit Julie is a pleasure to have you here today!!!
GUYS!! I have something else for you, what? do you though I forgot to gush about this book?, heck no I didn´t hehehe so here it goes check this title out, I´m sure you will love it . 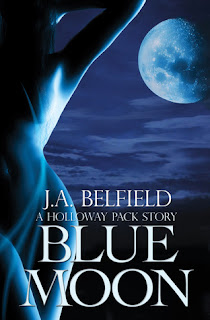 Someone is watching the Holloway Pack, and this time, the female isn’t the target.

Life with a group of seven male werewolves worries Jem Stonehouse not one bit. She is engaged to the Alpha’s son Sean Holloway after all. So what has Jem’s territorial instincts on high alert?

The pack’s latest addition. Both of them.

None of the men think there’s a problem with the new girlfriends. Jem’s intuition tells her otherwise—that and a nagging suspicion the new females aren’t there to partake.

As the eve of the blue moon draws ever closer, Jem’s running out of time to find the answer and outwit a thief of the worst possible kind.

A woman who believes she can’t lose.

Also dont forget to enter the Spectacular giveaway the Author is running at her blog.
a Rafflecopter giveaway
Happy Reading!!!