The Chronicles of Fire and Ice blog tour


Hi guys, have you seen this cover around lately?, no? ...well you should. This cover is amazing, I fell
in love with it since the first time I saw it. It´s the kinda cover that even thought you don´t have a clue what the book is about makes you want to read it or want to buy it, just for the beautiful, breathtaking cover. 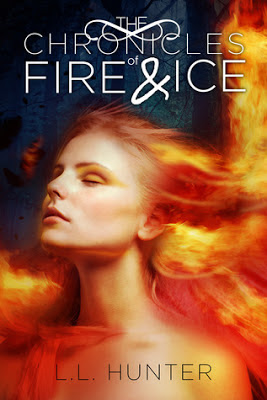 The world is changeing as we know it, the human race is dwindling, but so are the angels. In order to preserve their bloodlines they have bred with humans, creating a new race called Nephilim. But there is one race that is more endangered than humans or Seraphim, Archangels.
As most people believe the Archangels have become extinct, rumours surface of a Legend; that a baby was born out of flame, the offspring of an archangel.

Dyston Blackbell is tasked to find and protect this child. He sends her strange dreams in hope that she will find him. When he discovers that she has enrolled at his family’s angel academy in Melbourne, he will do anything to protect Scarlett. But when he finds himself falling for her the Heavenly realm rejects him.

But 21-year-old Scarlett Porter realises that being half Archangel has some advantages. She has developed a unique trait, one that marks her as an Archangel. Will she keep it to herself or use it to fight back?

When an old enemy resurfaces, The Lucifites, Scarlett discovers that Dyston’s older brother Lakyn is at the helm of their sinister plans; to destroy the Nephilim race or use Scarlett for their own selfish purposes when they find out who she really is.

And when Lakyn discovers that Scarlett had only seduced him to rescue Dyston from his prison in the Realm of Light, it sends him on a journey of self-discovery and destruction. One that sees him venturing farther off course than his father would like. Will he choose a new life of love or his old life of darkness?


Thanks so much for taking the time, I really hope to have the opportunity to talk with you again. 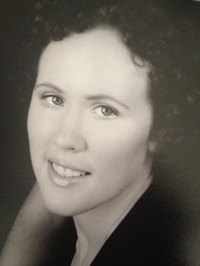 An Australian author who began writing when she was fifteen or sixteen, originally song lyrics, but then moved onto fanfiction when she was nineteen. Having published over 20 stories online. One of which was nominated for an award. She have also written, directed and starred in two original plays entitled, “No Frills Airlines: Flight 123,” and the sequel, “No frills Airlines: Come Fly with Us.” The latter of which was a musical.

She everything from veterinary nursing, forensic science and dramatic arts but have always known my true calling was writing. Her hobbies include, writing books and scripts, reading, singing, acting, directing, watching movies, 50’s fashion and playing with my animals. When she´s not writing, she can be found reading somewhere comfortable with one or both of her ‘furbabies’.