Hi guys I have a super lovely artsy and yet still simple and  clean cover reveal for you; check it out!!! not only does this title has an amazing cover but it spunds intriguing and just my cup if tea, I´m eagerly waiting for release day on june next year =D 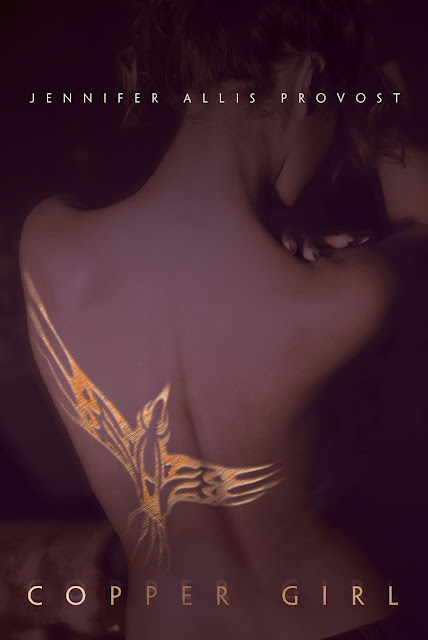 Isn´t beautiful and classy???
I  Love it!!!!!
This is the first book of the Copper Legacy, and it will be released in June 2013 by Spence City. The rest are titled Copper Ravens, Copper Veins, and Copper Princess.
Copper Girl takes place in a society where the mundane humans waged war against magic... and magic lost. Sara, a metal elemental who bears a copper raven across her back, has spent her life trying to pass as ordinary. Things are going smoothly, until she meets Micah, the man of her dreams, in her dreams. When he turns out to be more--much more--than a figment of her imagination, Sara realizes she can't hide her true nature any longer, and chaos ensues.


Sara had always been careful.
She never spoke of magic, never associated with those suspected of handling magic, never thought of magic, and never, ever, let anyone see her mark. After all, the last thing she wanted was to end up missing, like her father and brother.
Then, a silver elf pushed his way into Sara's dream, and her life became anything but ordinary.
Available in print and E-book
June, 2013

ISBN: 978-1-939392-02-2
if you guys want to know somemore about this title and/or the author behind it you can stalk her here:
Facebook
Goodreads
Amazon

Email ThisBlogThis!Share to TwitterShare to FacebookShare to Pinterest
at 10:12 PM