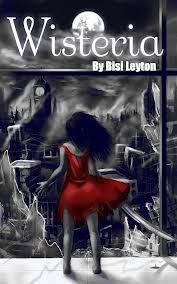 Book Blast
Author: Bisi Leyton
Genre: Young Adult Paranormal Romance
Date of Publication: Aug 2012
Number of pages: 275
Cover Artist: Olivia Smith
File Size: 486 KB
Print Length: 275 pages
Language: English
ASIN: B008XRI3BA
Sixteen year old Wisteria Kuti has two options—track the infected around the Isle of Smythe or leave the only known safe haven and face a world infested with flesh eating biters. But even with well-armed trackers, things go wrong and Wisteria ends up alone facing certain death, until she is rescued by the mysterious Bach. Uninfected, Bach is able to survive among the hordes of living dead. Seventeen year old Bach, from a race known as The Family, has no interest in human affairs. He was sent here to complete his Great Walk and return home as a man—as a Sen Son. The Family regard humans as Dog People, but Bach is drawn to this Terran girl, whom he has never seen before, but somehow knows. Hunted by flesh eaters, cannibals, and the mysterious blood thirsty group called Red Phoenix, Wisteria and Bach make their way back to the Isle of Smythe, a community built on secrets and lies.

For all of you Zombie lovers this books sounds really good, so if you want to know more about it here are some links that you should def. click on.

Bisi Leyton was born in East London in 1978. She grew up in London, Nigeria and the States, listening to the stories life and love from aunts, cousins and big sisters.

She lives in London, but has worked around Europe including France, Germany, Ireland, Belgium and the Czech Republic. She has a fondness for reading graphic novels, and cracked.com.

“I love the buildup of this story, getting to know the characters and watching their connection grow. I had no idea which way the story was headed and I was kept in suspense right up to the very end! It has plenty of action and a fascinating plot and I can’t wait to see what Bisi Leyton has for us next!!”
~ Naomi Hop

“There are a lot of great things in this book, so much more than zombies and a struggle for survival. At it’s base core it is about star-crossed lovers, literally and the supporting characters roles… Ms. Leyton brings to Wisteria a mixture of science fiction, fantasy, dystopic world with a twist to the paranormal romance angle!”
~ Cabin Goddess

“The book was full of nonstop action from the beginning until the end, and I did not put it down until I had finished it. I loved the book.”
~Author Monique Morgan

Excerpt:
As she walked back to the ridge of the roof, Bach’s heart went with her. Someone had tried to hurt her. Tried to damage what belonged to him, and who he belonged to.
He started to feel dizzy from the volumes of strangle weed planted in the front of her house.
“Thank you so much for coming and for the guitar. It’s perfect.” She gave it back to him.
“No, it is yours, Wisteria.” He refused to take it. “Do you not like it?”
“No, I love it. It’s so beautiful.”
“Then keep it.” He kissed her neck. Knowing—hoping—his touch would soothe her pain, but he hadn’t come here to comfort her.
“Bach.” She used her instrument as a shield as she moved away from him. “It’s a bad idea. You won’t understand.”
“You are right. I do not get why you would refuse something you apparently love,” he whispered while rubbing her forearms and taking in her scent.
“If I accept your kindness, then I’ll have to face the consequences. I don’t know if I can face those.”
“You cannot face accepting my kindness, or is it accepting me that you cannot face?”
“Um…?”
“Tell me that you do not feel the same,” he whispered. “That the moment you first saw me that I did not get inside your head. Tell me that you do not think about me all of the time when we are not together?”
The dark-eyed girl did not answer.
Wishing he could will her to speak, he pressed her against his chest. Briefly, he noticed a black spot at the base of her neck, where he had kissed her, and then it was gone. “Okay, Wisteria. Then tell me that you want me to leave, and that you do not care if you never ever see me again.” He felt like someone else was speaking for him, once again. The questions became pointless as he found himself still planting kisses along her neck and the sides of her face.
“I can’t tell you that, Bach,” she replied softly, her voice breaking. “Because it’s not true.” She wrapped her arms around him and held him tightly.
Desperately wanting to kiss her luscious-looking lips, he leaned into her.
Wisteria reached up to him, tugging his head down as she stood on the very tips of her toes, seemingly just as eager to taste his lips.
“Wisteria, I cannot.” He broke away before it happened. “I do not want this.”
* * * * *
Wrapping her arms around herself, she moved away from him. Once again, humiliated and feeling foolish. “Goodnight, Bach!” She strode angrily to the side of the roof in order to climb down.
He grabbed her and held her back
The guy came here just to tease her, yet again! Didn’t he know he was hurting her? Didn’t he care? “I’m tired of all this nonsense. I’m actually tired and need some sleep. I’m done with this. All of this!” She should’ve left the roof when she saw him appear. “Let go, so I can go.”
“Wisteria, it is not that.” Exhaling heavily, he released her. “My people could kill you if they knew I wanted you.”
This wasn’t at all what she’d expected him to say. “What?”
“I am in love with you. I do not know why, but I am. And it is selfish, because I just want you for myself.” Sadness filled his eyes as he spoke.
“Why would they do that to me?”
“Because you are human and because we see humans as Terran, or dirt people.”
“And you believe that too? So why are you here, living among us, if we’re so disgusting?”
“You are not disgusting. You are beautiful.” Rubbing his temples, he seemed troubled and bewildered. “I came to Terra as a rite of passage. To be considered a man, to take a journey and experience the wild.”
“The wild?”
“I chose Terra, or Earth, because I came here as a child. Your people treated me so badly in the past. When I learned about the Nero disease, I wanted to see your world.” He paused. “You were right when you said there was something wrong with me.”
“Bach, it cannot be that bad.” Stepping up to him, she stroked her fingers along his biceps.
The sweet motion made him smile at her, but he still looked distressed.
“Like about Garfield, you let him live with you. And now you’re here with me.”
“You are not like the rest.”
“Neither are you. You’re not so cold and cruel like Enric or patronizing like Felip. They think they’re better than us. You just hate people because you’re a jerk, Bach.”
“Ha.” Bach laughed. “A jerk?”
“You’re a big jerk.” As the final word rolled from her lips, he kissed her.
She was stunned for a second. His lips tasted like a strange, tantalizing spice.
He squeezed her against his larger frame and rested his right hand on the small of her back.
She fidgeted, unsure about what to do with her hands. She tried to kiss him back, but she struggled because she was so short.

Author Bisi Leyton:
Bisi Leyton was born in East London in 1978. She grew up in London, Nigeria and the States, listening to the stories life and love from aunts, cousins and big sisters.
She lives in London, but has worked around Europe including France, Germany, Ireland, Belgium and the Czech Republic. She has a fondness for reading graphic novels.


You can email Bisi on bisileyton@gmail.com as she would love to hear from you. 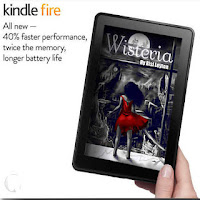 Book Blast Giveaway
$100 Amazon Gift Card or Paypal Cash
Ends 12/5/12
*You need not enter your twitter name for each entry. Simply enter it for the first person you follow and leave the others blank.

Open to anyone who can legally enter, receive and use an Amazon.com Gift Code or Paypal Cash. Winning Entry will be verified prior to prize being awarded. No purchase necessary. You must be 18 or older to enter or have your parent's permission. The winner will be chosen by rafflecopter and announced here as well as emailed and will have 48 hours to respond or a new winner will be chosen. This giveaway is in no way associated with Facebook, Twitter, Rafflecopter or any other entity unless otherwise specified. The number of eligible entries received determines the odds of winning. VOID WHERE PROHIBITED BY LAW.