Guys!!! it´s finally here the last book on the Eden Series... Well.. not actually here, here. but just around the corner. SQUEEE!!!!.
Did I mention that I´m a super fan and a very proud Beta for this title!!!!!
There are not enough words to describe how amazing this series is and even though I´m kinda sad to see it end, the last book is just completly Epic!!!!.
Anyway it´s time for me to stop rambling and actually show you guys the cover right!!!!
Sorry for my fangirl moment!!! 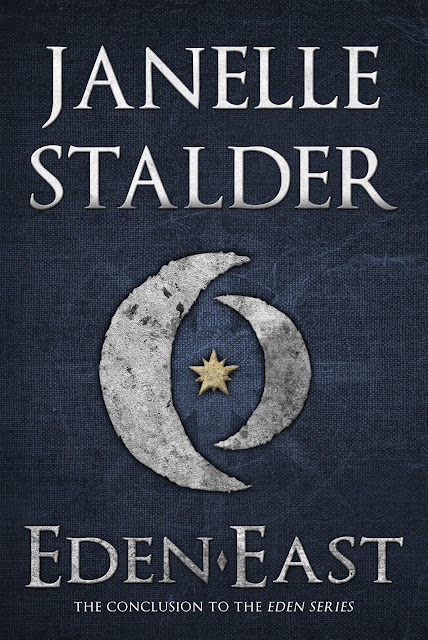 In the final installment of the Eden series, the King’s army prepares for their biggest battle yet. Aiden and his friends set out to find Aziz in his hidden mountain fortress and bring the war in Eden to an end. But secrets are being discovered along the way, and the weight of them could ruin lives. Aiden is coping with loss and the need for vengeance, as well as changes in himself he doesn’t quite understand. Thousands of lives are depending on him to stop Aziz once and for all, and this time Aiden is more than ready and confident he’ll be the one to do it. The stakes are higher than he ever anticipated on his journey east.

Elisa is embarking on a new phase of her life. She has the man she loves beside her, their group of friends have become stronger, and the end of war is in sight. Now she just needs to see it through so she can finally have her happily ever after. But she knows the truth that the others don’t, and it will test her loyalty and friendship more than anything ever has.


With two brothers side by side, and an army ready for war, the only thing left to be seen is who will live and who will die.

Welcome to the thrilling conclusion of your journey into Eden.
The Tentative Release Date for thsi baby is
October 8th, 2013
So add it to your TBR list right now, if you guys haven´t read the first 3 books, you guys should go for them now!!! I swear is one of the best series I´ve read EVER!!!!