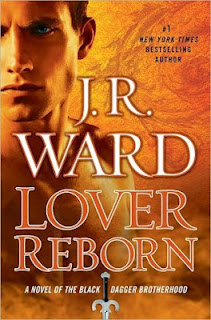 Reading level: Ages 18 and up

Ever since the death of his shellan, Tohrment has been unrecognizable from the vampire leader he once was. Physically emaciated and heartbroken beyond despair, he has been brought back to the Brotherhood by a self-serving fallen angel. Now, fighting once again with ruthless vengeance, he is unprepared to face a new kind of tragedy.

When Tohr begins to see his beloved in his dreams—trapped in a cold, isolated netherworld far from the peace and tranquillity of the Fade—he turns to the angel in hopes of saving the one he has lost. But because Lassiter tells him he must learn to love another to free his former mate, Tohr knows they are all doomed....

Except then a female with a shadowed history begins to get through to him. Against the backdrop of the raging war with the lessers, and with a new clan of vampires vying for the Blind King’s throne, Tohr struggles between the buried past and a very hot, passion-filled future…but can his heart let go and set all of them free?

About The Author
Show More 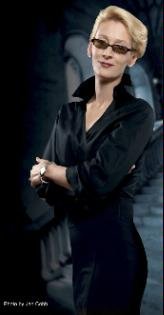 J.R. Ward is the number one New York Times bestselling author of the Black Dagger Brotherhood series of vampire books. She is a winner of the prestigious Romance Writers of America RITA award for Best Paranormal Romance and is a multiple RITA nominee. A graduate of Smith College, she was a double major in History and Art History with a medieval concentration in both and she still longs at times for a return to those days sitting in dark lecture halls, looking at slides of old triptychs and reliquaries. Prior to becoming a full time writer, she was a corporate attorney, serving for many years as the Chief of Staff of one of Harvard Medical Schools premier teaching sites. Her idea of absolute heaven is a day filled with nothing but her computer, her dog and her coffee pot and the Brothers, of course.

Boy do I love this Author﻿, first a little background on my crazy BDB Obsession cause yes I completly accept the fact that this is an obsession. I own every single book on this series, I bought them all and it wasn´t easy. This books aren´t for sale here s I had to go to USA to buy them. then I just kinda hid all the books on my suitcase and my mom´s ohh and I actually made a friend bring some on her bag too. hehehehehe.

I was dying to read Tohr story, through the BDB series he always was the go to guy, if a brother or a shellan had a problem Tohr had their backs and his love for Wellsie was so strong that i day dreamed about having that kinda love in my life. everything was picture perfect and then, she died.

Tohr ripped my heart in tiny pieces with his pain, his story is so powerfull that I cried like a baby almost the entire book. I wont say it was an easy read  cause it was very emotional it was hard for me to see him say goodbye to wellsie and fall in love with Autumm. I do like her, she is not Wellsie but she´s alright LOL!!!!

I loved the fact that i got to see some of John and Xhex story again and those glimpses of Quinn and Blay are turning me into a puddle right now.

I wish there was some action though the BoB (Band of Bastards) could have more of an impact on the story but im guessing they will in future books.

The Way No´one blossoms was impresive cause it was so subtle and well planned that felt very real.  I truly beleive that she is a good match for Tohr but still i do like wellsie better.

Lasiter is amazing he´s funny, whitty and plain silly but he does have a heart of gold even though he doesnt know it.

Lover Reborn was a great read, that made a mess out of me cause I can wait to read about Quinn & Blay and Layla.

this is who I picture as Tohr

This is who I picture as Autumm/no´one

Email ThisBlogThis!Share to TwitterShare to FacebookShare to Pinterest
at 7:47 PM