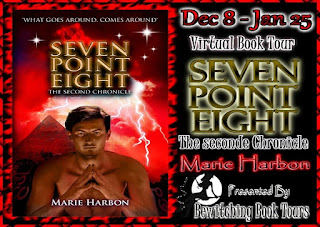 Hi guys, this time around i´m part of the Seven Point Eight blog tour and as pasrt of my stop I have a super cool Interview along with information and a fantastic one of a kind giveaway. 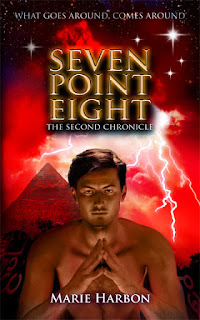 ‘What Goes Around, Comes Around’
In the second instalment of the five part Seven Point Eight series, the legacy of the OOBE project weighs heavily on the conscience of Dr. Paul Eldridge. Tahra Mamoun needs to muster all her courage and venture back into the alternate dimensions of reality. Through a series of challenging, surreal and frightening experiences, she comes to comprehend the destructive power she can yield and must face her own demons in the process.
Paul continues his quest to understand the ancient knowledge of the cosmos, while dark forces seek to hijack his research to further a secret agenda. With their lives in jeopardy, Paul and Tahra confront their enemies against an international backdrop featuring the pyramids of Giza and the peaks of Switzerland.
Meanwhile, Sam and Ava endeavour to uncover their past, even though it may irrevocably change their lives.
In a tale of courage and tragedy, love and betrayal, their lives are interwoven around the demons of one man, Max Richardson, who'll stop at nothing to achieve his objectives.

The Second Chronicle on Smashwords, or download a free sample:
https://www.smashwords.com/books/view/268431

You can also add this book on Goodreads:
http://www.goodreads.com/book/show/16192816-seven-point-eight 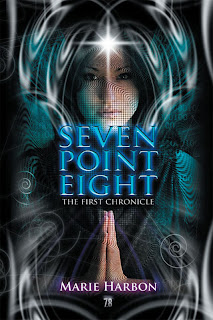 Also available…
Seven Point Eight: The First Chronicle
‘Out of Body to Out of Universe’
‘Seven Point Eight: The First Chronicle’ lays the groundwork, and sweeps through the 40s, 50s and 60s to modern day in a wild nostalgic, scientific, paranormal ride.
It’s a twist of sci-fi confusion that asks some interesting questions. If you had special abilities to travel out of body, what would you do with them? Where would you go? What would secret agencies do with these abilities? And how far could you go?
You can still grab this first book in the series at a special promotional price of 99 cents, through Amazon.
Amazon

For a limited time, you can download the first book for FREE through this Smashwords link:
https://www.smashwords.com/books/view/163900

Marie Harbon has worked in both the retail and fitness industry. She has a degree in sport and fitness, and taught group exercise for several years, delivering aerobics and Pilates. For two years, she delivered BTEC sport courses and has also instructed dance and sport with children. 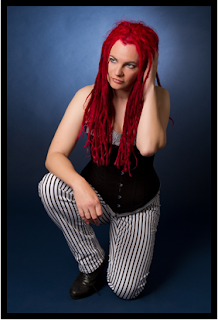 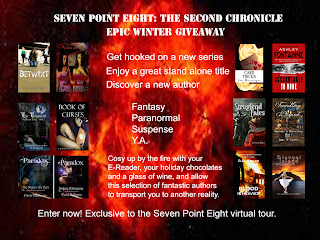 (Book 1 in the Eternal Series)

Human girl Ariana Lochalan finds herself transported from the relative calm of her ‘Nowhere, ’ life into a diametrically opposite existence when she discovers she is a powerful witch and meant to wed High Vampire of Eternal Island, Abe Cambridge. Despite first-sight magnetism, the two protagonists are being pushed apart, obstacles tripping them at every step, outside forces interfering and threatening their peace, and ultimately their lives.

Would courage, resilience and love be enough to bring together two soul mates?

How much would you sacrifice to save the one who owns your heart?

Nick Hunter used to be a contract killer. Now he’s cut all links to his former lifestyle and can at last relax and live a normal life. He settles down to married life. He has a son. He adores his little family. Unbeknown to him, shadows from his past step forward to shatter his short-lived peace. His wife is dead, his four-year old son kidnapped and it looks like someone is trying to frame him for murder. Under pressure, broken, is there anything Nick wouldn’t do to rescue his son? Would he kill the villains, despite the promise to himself to stop his life of crime? Would he kill innocents? Would he hurt the people he loves most in his need to protect his son? A fast-paced, edge-of-your-seat read that will keep you turning the pages to the very end.

She never believed. Not in ghosts, not in friendship, and especially not in love.

When Melodie Gibson moves half way around the world to upstate , her entire world turns upside down. Living in a quirky castle turned bed and breakfast, she finds herself confronted with someone watching her every move. That someone is Joseph, who captivates Melodie's heart, fulfilling her dreams and drawing her into his world—a world that is beautiful, magical… and treacherous. It will take all the courage Melodie has to face those who will stop at nothing to rip them apart.

From the pages of a Victorian gothic novel transplanted into modern times, The Transient is the first in The Castle Trilogy, a powerful fantasy romance series for teens.

Beautiful, wild-child Nicole Tepper is hit by a car and left for dead. But when she wakes the next morning, Nicole finds herself in bed without a scratch. Perhaps she was more intoxicated than usual, as her mother is giving her the silent treatment and her friends are ignoring her as well.

Things take a turn for the weird when Nicole soon discovers she is actually hovering between life and death. Her body is lying in the forest while her spirit is searching for anyone who can hear her. Unfortunately the only person who can is Dale Finnigan, the guy she publicly humiliated with a sharp-tongued insult that has left him branded.

Desperate, Nicole has no choice but to haunt Dale and convince the freaked-out senior to help her. Will he find her body before it's too late? Or will the guy who tried to kill her with his car, beat him there and finish her off before anyone finds out?

For over a hundred years the priests of Ran have been killing young wizards to take their power. When Lorit learns that he has the Wizard’s Power he becomes targeted for special attention by the .

Lorit must learn magic in time to save the sister he infused with his own power to save her life. He must find a way to overcome their stolen magic without resorting to their tactics.

Together he and the Sorceress Chihon battle to make the land safe for magicians everywhere. Can they defeat the or will they succumb to the plot that would turn them into the most powerful of their enemies?

Paradox: The Angels Are Here

Paradox Series: A story within a story — a world within a world.
A little girl trapped between the Ancient world and the new is forced to deal with tragedy and death.
When your destiny has been written in blood, and you are left with one burning question… Do Guardian Angels come from Heaven or Hell?

And One New... Grace is not a little girl anymore! And as a teenager, Grace’s visions become more frequent, urgent, torturing her life further still. The answers she hopes to find in her visions only leave her asking more questions... Who is Juliette?

When the charismatic Damon Draco begins to take an interest in Grace, it doesn’t take long before Grace falls for his alluring charm. A charm she doesn't quite understand.

However, when Riley Rivers turns up in Grace's class one day, she starts to question the feelings she has for Damon.

When death comes knocking...and three of Grace’s school friends are found burned to death, and their parents die in a fatal car accident that same weekend, some start to wonder if it really was just a coincidence, or a contrived plan to wipe out an entire family?

And if so, why, and by whom? And more importantly, will evil strike again?

You can bet your soul on it!

What if the unspeakable happened to you? Would you fantasize about seeking personal vengeance? How far would you go...and how much would you sacrifice to hold those responsible that believe they are accountable to none?

Welcome to the prestigious accounting firm of Winscott & Associates. Welcome to Audra Tanner's personal hell. She had heard the rumors about her employer. The whispered secrets. But she had thrown herself into work to escape the pain of her miscarriage and demise of her marriage. Idealistic, she thought if she worked hard she would be rewarded. She thought wrong.

Savagely initiated into the brutal underbelly of the firm, Audra learns too late that the rumors are true. Now after five years of careful plotting, Audra is ready to push the wheels of justice in motion. Her goal of retribution has turned into an obsession and she will stop at nothing until everyone responsible pays. Will revenge set her free or is Audra's quest for personal justice only beginning?

Joey isn't a Super, at least not in same league as Superheroes like Inferno or Strong Man, or even Supervillians like Razor or The Puppet Master. His power "activates" cards, bringing the printed word to life. It's a great power for a card shark, which fits perfectly into his unmotivated lifestyle. When his girlfriend gets kidnapped by The Puppet Master, however, Joey has to face a life-changing decision: run away from his responsibility, or become the unlikeliest of heroes.

Follow Edward, the ugliest and probably most haphazard king Struglend has ever had, and his herald Fred, as they go on a quest to restore order to the universe. Well, maybe not the universe, but at least the little piece of land they call home – Struglend. In their journey to remove the evil knight who has invaded the kingdom, they meet several hilarious characters.
http://www.amazon.com/Struglend-Tales-The-Saga-ebook/dp/B009MHXG3K/

When teenage twins, Raine and Thomas Renning are pulled into the world within a book their whole lives are turned upside down. A prophecy, a war and a hell of a ride lie wait in the pages of Book of Curses.

Soul Sisters is an urban fantasy novel about African-American twin sisters Ani and Dana who have a rather unique secret: one sister is human while the other is a vampire.