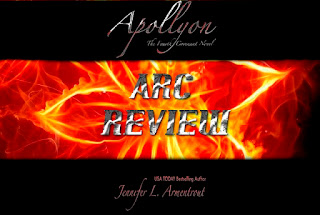 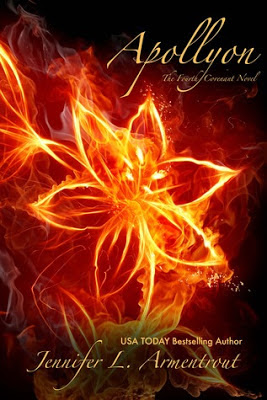 
Fate isn’t something to mess with… and now, neither is Alex.

Alex has always feared two things: losing herself in the Awakening and being placed on the Elixir. But love has always been stronger than Fate, and Aiden St. Delphi is willing to make war on the gods—and Alex herself—to bring her back.

The gods have killed thousands and could destroy entire cities in their quest to stop Seth from taking Alex’s power and becoming the all-powerful God Killer. But breaking Alex’s connection to Seth isn’t the only problem. There are a few pesky little loopholes in the whole “an Apollyon can’t be killed” theory, and the only person who might know how to stop the destruction has been dead for centuries.

Finding their way past the barriers that guard the Underworld, searching for one soul among countless millions, and then somehow returning will be hard enough. Alex might be able to keep Seth from becoming the God Killer… or she might become the God Killer herself

My Review
There are not enough words as to how I liked this Book.


Apollyon is everything I thought it would be and then some, When I read Deity last year I was sure there was nothing anyone can do to top that book,  but then Jennifer L. Armentrout  published Apollyon and Ohh my Freaking God!!!!


This book is by far the best book I´ve ever read from this author. She did it again, she hit every single nerve; I laughed, cried and even got a little too excited at times.

Yes I have my panties up in a twist and I can’t deny it. I’m shocked… Traumatized is a better word for what I´m feeling.


All the storylines are finally being rounded up in anticipation for the final book of this incredible one of a kind series. The plot thickens at every page turn but at the same time we get answers to several long asked questions.

Aiden is just so perfect, he´s protective, supportive and knows how to make a woman feel loved. In this book we see different sides of him, the sentinel, the brother and the man. His fears and insecurities make him as endearing as ever plus he´s simple and inexplicably HAWT!!!


Alex grows exponentially, after the event of Deity; she becomes a somewhat mature woman, that at the very least tries her hardest to do what her brain thinks best and not what her gut tells her to do. LOL!!!!

Her relationship with Aiden blossoms in a way that had me all teary eyed on more than one occasion.
There was a pause and his heart picked up under my cheek. “I´m terrified of what you´re going to face- what you have to do and how it´s going to affect you.”


Aiden is an incredible, sensible man but at the same time, knows what needs to be done and is not afraid to put even his life at risk. In his mind I believe is very simple, he will help Alex do what she needs to be done or die trying; The fact that they at least had this book, that they were able to find the little comfort they could on this book is in some way what keeps me from being a crying mess right now, cause no matter what happens next, they at least had all those stolen moments.


It´s so hard to try and explain all the amazing things this book, has to offer without giving away too much, I pride myself saying that Book Addict is a spoiler free blog, but Damm is it difficult this time.


I wish I could, tell you every single thing I laughed about, every part where my heart was ripped out of my chest or every time I wanted to hold Aiden or Alex and tell them everything was going to be ok.


The book is intense, there´s always something going on, It´s action packed and simply in one word, it´s perfect.

I wouldn´t wish for anything different, I just wish I had Sentinel in my hands already, cause  my heart is bleeding thinking of all the different outcomes  and I need to know now!!!!

Trust me guys you dont want to miss this series, clickthe link below and check it out now!!!!