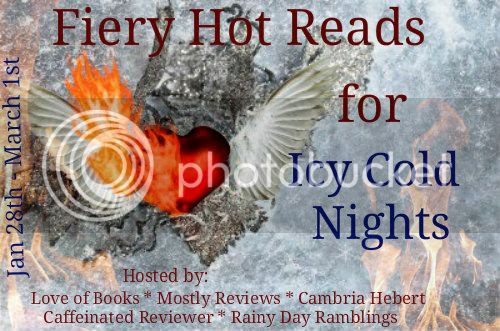 Looking for a way to get through the cold, icy nights of winter? How about curling up with a soft blanket, a warm drink and a fiery hot read? Search no more,all you guys need to do is follow the Fire & Ice Blog hop hosted by y Heidi@ Rainy Day Ramblings, CambriaHebert, Christy @ Love of Books, Kimba@ The Caffeinated Reviewer and  Veronica@ Mostly Reviews:
Each of the hosts are tacking charge of one week of the hop, wich started on Jan 28th I´m part of cambria´s week, can I get a woot, woot??!!!!


Imagine a cabin in the woods, a white crisp blanket covering the landscape as an infinite rain of frozen tears frame your view. The warm breath of the fireplace at your back, a bottle of your favorite wine sitting next to velvet soft rug. A box with Romantic movies (WHAT???? this is a mostly YA blog, what did you want me to say? condoms??) and a note that reads "see you at 11".
You know who the note is from, you´ve played this game a few times already. You need to get in the mood for romance.
A full bookshelve near the fireplace has everything you need.
Wich five books would you pick,
to get in the mood?
I do believe that is all about chemistry and I would go for the couples that I think have the most amazing chemistry ever.

Here is my list of Top 5 couples that get me in the mood for some romance.

5.-  Noah and Allie from the Notebook by Nichlas Sparks.
There´s not a single time that trying to talk about what true love is like, I don´t refer to this book as an example. Noah and Allie have the most romantic story ever.

4.-  Kayden and Alexa from Blood Warrior by H.D. Gordon
Kayden and Alexa are equaly strong individuals that come together to form a sexy menacing pair, their looks and the one of a kind chemistry they have, make the pages singe a little round the corners.
3.- Dimitry and Rose from Vampire Academy by Richele Mead
Really? like I would need to sy why?Hello!!! big sexy Russian with a deep husky voice, a super hot brunnete and lots of stolen glances,come on!!!! *Fans herself*
2.- Daemon and Katy from Obsidian by Jennifer L. Armentrout
There are levels to chemistry but Daemon and katy have broken them all, he´s the sexiest, badass, yerk, I´ve ever meet, he´s hawt, sweet, sexy and a pain on my well defined butt all in the same sentence. I cant help but to melt right alongside Katy everytime Daemon so much as breaths,
Now, Now, Now!!!! lets take a look at THE most amazing couple ever, this too have my toes curling, I love them to death and can´t wait to read more about them. 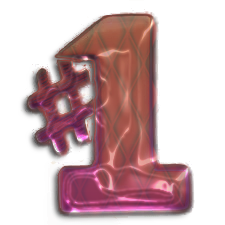 Kale and Dez from from Touch by Jus Accardo
This two are so fantastc together that is unbelivable, they can´t touch much so, the way they look at each other, their voices and even their breaths are a super magnified caress, that make my toes curl and have goosebumps all over.
So, being the super stalker that I am, I asked Jus Accardo, the amazing, fantastic, astonishing, incredible... *takes a deep breath* ... author of the Denazen series if she could stop by and talk about her top 5 favorite couples, and guess what???
She said...
YES!!!!

Part of what keeps me reading a book is the chemistry between its characters. If there’s not some kind of sparkage—romantic or otherwise—then I tend to get board. With Valentine’s Day approaching, I thought I’d share my top five favorite fictional couples.

Here they are in no particular order.

1. Clayton Danvers and Elena Michaels—Bitten by Kelly Armstrong.  Some of you might be aware of my Clayton Danvers fetish. Seriously. This guy is my fave fictional male. He’s strong and protective and doesn’t take no for an answer. His push/pull relationship with Elena creates the kind of spark that sends chills up and down your spine. Despite—or maybe because of—the fact that they’re just a little dysfunctional.

2.  Henry DeTamble and Clare Abshire—The Time Travelers Wife by Audrey Niffenegger. These two had an epic kind of love that literally spanned a lifetime. I know some people find the relationship between them a little depressing since, during the span of her life, Clare is always waiting for him, but there was just something about these two that made me fall in love.

3.  Niko and Cal Leandros—Nightlife but Rob Thurman. Okay. So not a couple in the kissy sense, but still, one of my fave parings. Niko and Cal are brothers who battle all the nasty things that go bump in the night. These two play off one another so perfectly. I dare you not to see sparks!

4.  Suze Simon and Jesse—the Mediator Series by Meg Cabot. Suze’s take life head on attitude verses Jesse’s old fashioned thinking, in addition to the fact that, well, he was dead, made this couple so much fun to read.

Number 5 is probably going to get some flame, but I can’t help it.

5.  Buffy and…Spike—Buffy The Vampire Slayer. I know. I know. WTF, right? What about Angel? Angel irritated me. I’m all for dark and brooding, but dude. Come on. There was just so much more to Spike. More personality. More chemistry. More hotness…

Not convinced? Rest In Peace

What about you guys? Who’s your fave fictional couple (romantic or other)?
*****
Thank you,Thank you for being part of book addict today, I´m truly honored.
Now guys lets hear a bit about the Denazen Series, so you guys can see why I´m so head over hells about this series. 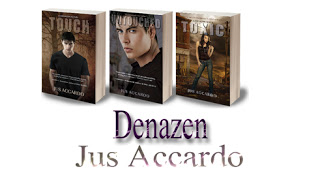 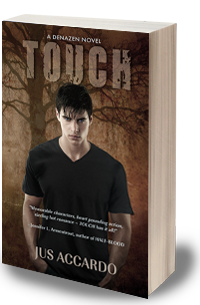 When a strange boy tumbles down a river embankment and lands at her feet, seventeen-year-old adrenaline junkie Deznee Cross snatches the opportunity to piss off her father by bringing the mysterious hottie with ice blue eyes home.

Except there’s something off with Kale. He wears her shoes in the shower, is overly fascinated with things like DVDs and vases, and acts like she’ll turn to dust if he touches her. It’s not until Dez’s father shows up, wielding a gun and knowing more about Kale than he should, that Dez realizes there’s more to this boy—and her father’s “law firm”—than she realized.

Kale has been a prisoner of Denazen Corporation—an organization devoted to collecting “special” kids known as Sixes and using them as weapons—his entire life. And, oh yeah, his touch? It kills. The two team up with a group of rogue Sixes hellbent on taking down Denazen before they’re caught and her father discovers the biggest secret of all. A secret Dez has spent her life keeping safe. 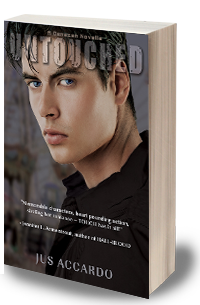 Until he met Dez, Kale’s days were filled with violence and death. He was used as a weapon of destruction by the power hungry men of Denazen. He’s a Six. A person with an abnormal ability. Some people call them gifts, but not Kale. Kale’s touch means instant death.

But now there’s Dez, the girl he can touch, and they’re hunting down Sixes and warning them about Denazen. Kale is learning about the world outside captivity and trying to put his dark past behind him. But they underestimated how badly Denazen wanted him back.

When Dez sacrifices herself to save the new Six they’d rescued from falling into the corp’s hands, Kale is lost. Denazen has brought out its best to get the job done. Samsen, a nightmare from Kale’s past—the only person he’s ever truly feared—has come for them, and it soon becomes obvious he has his own twisted agenda.

Kale will need all his training to get Dez back and ensure they make it out, free—and alive. But will it be enough? 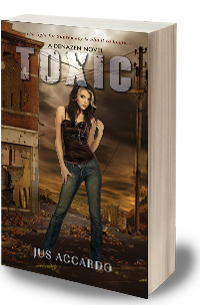 When a Six saved Kale's life the night of Sumrun, she warned there would be consequences.
A trade-off. Something taken for the life they gained. But Dez never imagined she'd lose the one thing she'd give anything to keep... And as if it's not enough Dez finds her immunity to Kale fading, the Six brought in to help Kale learn to control his killer touch starts drooling on him the moment they meet. Worse than that? Jade can touch Kale. But bimbo Barbie is the least of Dez's problems.

After Dez and Kale got away at Sumrun, her father lost not only his most powerful weapon but an important piece of the Supremacy project. Forced by Denazen to remedy the situation, he poisons Dez and offers her a choice--surrender to Denazen for the cure...or die. Determined to find a solution that doesn't involve being bagged and tagged--or losing someone she loves--Dez keeps the poison a secret. But when a rash of Denazen attacks hit a little too close to home, Dez is convinced there's a traitor among them. Jade.

Sacrifices, broken promises, and secrets. Dez will have to lay it all on the line if there's any hope of proving Jade's guilt before they all end up Residents of Denazen. Or worse, dead...

Now for the giveaway
In honor of  this Hop and the opportunity of having Jus Accardo here on Book Addict I´m going to giveaway an ebook of any book of the Denazen series, winners choice.
What you guys have to do???
Well just do the raffle below
a Rafflecopter giveaway
Good Luck Guys!!!!!!
Ohh BTW, Jus Accardo asked a question here at Book Addict, if you anwers that Q, on the comments below, that counts as two entries for the giveaway YAY!!!!