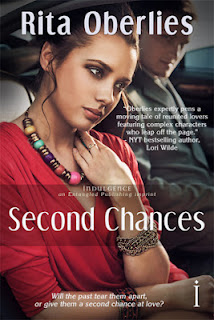 Indulgence
File Size: 367 KB
Print Length: 134 pages
Publisher: Entangled Publishing (Indulgence) (May 14, 2012)
Sold by: Amazon Digital Services, Inc.
Language: English
ASIN: B0083M0HPK
Will the past keep them apart… High-powered attorney Luke Braden knows that perfection only comes once in a lifetime, and for him it came and went in the form of his college girlfriend, Brenna Morgan. Circumstances beyond his control separated them before, but now that she’s back in Boston, Luke won’t let her slip away again. …or give them a second chance at love? For Brenna Morgan, returning home is the very last thing she wants, especially when it means facing the man who once became her salvation—and then dumped her at the first sign of trouble. But Luke is determined to make up for his past mistakes, and Brenna finds herself weakening against him. A decade of deceit lies between them, and he’ll have to fight if he wants to keep his second chance at love. 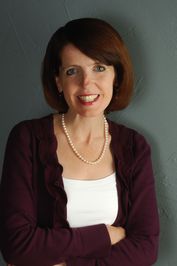 Rita Oberlies grew up in the Boston area, the youngest in a family of six children. At an early age she developed an addiction to books, baseball and the beaches of Cape Cod.
After graduating from Villanova University with a degree in English, Rita spent almost a decade pursuing a professional career in Employee Development. With the arrival of two children, Rita began writing stories during those brief periods of time when her young sons were sleeping.
Today Rita resides in Western New York with her husband, their young boys, and a pair of adopted shelter dogs. Despite her best efforts, she remains addicted to books, baseball and the beaches of Cape Cod.
My Review


Second Chances is a Contemporary Romance that talks about past mistakes and how people deal with what they´ve done and the hurt they´ve caused.
Brenna is a hurt soul, she has lots of secrets and regrets buried deep within her, she is also taking care of her grandmother and being unable to do so alone she goes back to where her life changed almost a decade ago.
Luke is a successful lawyer; he has fulfilled every goal he has set in life but one, finding Love; hard thing to do when he´s still in love with a woman he let go years ago.
This is a cute romantic story about self-forgiveness, happiness, friendship, love and what people are willing to do to be truly happy.
Luke and Brenna have chemistry, that can´t be denied, there are some sex scenes here and there that where well planned and developed. The only thing I wasn´t so fond off was that the sex wasn´t as intense as I thought it would be after so many years apart. But other than that I really enjoyed this book.
What can I say im a sucker for romance books LOL!!!

Email ThisBlogThis!Share to TwitterShare to FacebookShare to Pinterest
at 8:54 PM