Hi guys, hope October is treating you well, I´ve been having a blast and because of that, I want to show you something, that came to my attention and it´s pretty interesting.
The Kindle Book Review is a website catering to the lesser known, up-and-coming authors of the e-book generation. Its mission is to review Kindle e-books that receive at least 10 four-star ratings or higher. It is not paid to review these books, allowing for an honest review.
and they had something called Best Indie Books 2012 going on and among the finalist was. 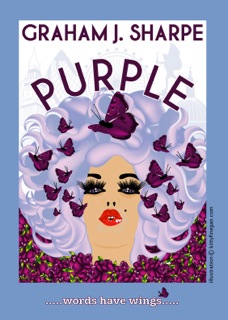 What caught my attention about this book was that it took five years to write by a flight attendant with no formal writing education and the plot sounded interesting too soo... here we are LOL =D


Purple is a fantasy adventure set in modern-day London. After a purple storm sweeps around planet Earth, stealing millions of people, four teenagers struggle to make it alone. Drawn together by a series of bizarre coincidences they soon find themselves entangled with a bunch of interfering pensioners. Among the cast of players are camp hairdresser Mr. Rupert, Pearl the loud-mouthed tea lady, and June, a psychic, who travels the world on her motorbike.


So, when I had the opportunity I asked for a guest post from this author, I wanted to know a little about Him, and what I got was something amazing That I want to share with you.﻿

When I was young, I was one of the best English studies students in my high school. However, school was tough for me because students didn’t accept me for who I was. I was bullied because I was gay. Despite all the tormenting, I had my best skill within me – writing. It was an untapped skill, but it was a part of me that was yearning to be free. I remember being late for my English Literature exam, but still receiving the best exam results in the class. Still, I dropped out of school because fellow students could not accept me for who I was. After that, I left home at sixteen and began working.

I started working as a hairdresser, but realized it was not my passion. While working there, I met a client who taught at a local college and encouraged me to go back to school. I studied theater studies, sociology and psychology and planned on going to university to get a degree. My path, however, led me to find a touring theatre company. I decided to go with my gut and become part of this group.

In the theater we would all contribute by writing, directing and performing in the plays we created. It was a wonderful experience and it helped to mould my writing style. Still, it was not fully my own work and I knew that I needed to find an outlet that would allow me to express myself as an individual. My journey to my dream took me on another path when I got a job as an airline flight attendant.

I always knew in the back of my mind that I wanted to write a book and had a story idea for it, but I never had the confidence to actually start. When I began working with the airline those long, sleepless jetlagged hours in hotel rooms gave me an opportunity to truly focus on my writing. At first I still felt hesitant, but as I continued to write I gained more confidence.

Friends were a big help. A friend of mine would read over my writing, as I went along, and she gave me the extra push I needed. She’d tell me, “Great, keep going.” If it wasn’t for her, I probably wouldn’t have accomplished writing Purple. I think a lot of new writers are terrified of the idea of letting someone else view their work. For me, it was the best thing I could have done. I really needed that extra encouragement in the beginning.

Distractions and setbacks in my life have affected my writing, but not necessarily in a bad way. Struggle and hard work is a common occurrence in mostly everyone’s life. This was the case for me, but I used those experiences and channeled them into my writing. Those events in my life have contributed to my writing style and my voice. In the end, they’ve made me more successful despite my past suffering and because of it.
Writing has always been my passion. Following my dreams to become a writer was arduous, but rewarding. My path to creating Purple was a complicated one, but I truly believe that I couldn’t have gotten here any other way. 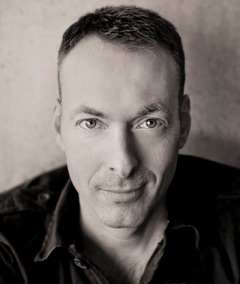 At the age of 12, author Graham Sharpe regularly danced around the lounge to Kate Bush's “Wuthering Heights.”Today, he still hasn't decided what he'll do when he grows up. So far, the East Sussex, England-based writer has worked in an ice cream shop, trained as a hairdresser, studied sociology and psychology, written for and performed with a touring theatre company, and backpacked across far-flung countries with loose change in his pocket. Graham now combines travelling with writing and he completed his first novel, Purple, during the sleepless, jet-lagged hours spent in hotel rooms around the world. Honored as a Kindle Book Review Finalist Best Indie Book for 2012, the 358-page eBook is also available in paperback from Amazon.
To learn more about Sharpe or if you want to  purchase Purple, visit:
http://www.grahamjsharpe.com