Finally the day has come, the release date to Of Blood & Bone by Courtney Cole is finally here and I have a beautifull cover to show you, plus an amazing teaser from the book that you guys dont want to miss.
About the Book
I’m a monster, Eva. There is no saving a monster. But I love that you want to try.”
My heart constricts at the expression on his face. He has no hope for himself, so I have to hope for him.
“You’re not a monster,” I argue softly. “You’re a man, Luca. A man like any other, you’re made of blood and bone.”
As a little boy, Luca Minaldi was told he was a monster.
As an adult, he knows it is true.

He lives in Malta, a fairytale-like place filled with sunshine and sea, beauty and secrets. And Luca’s darkest of secrets is the best kept of them all.
Eva Talbot is spending the summer in Malta to finish up her doctoral dissertation. When she meets Luca, a mysterious and handsome shipping tycoon, there is an instant attraction, a disturbing and beautiful energy that she has never felt before. But she senses the darkness that lives within him.
Eva is hired to care for his mother, who suffers from dementia, but it is Luca who Eva will eventually risk everything to save. Her life becomes a swirling chaos of darkness and romance, of secrets and mystery. And the question that emerges will become the most important answer of all.
Can she save Luca from the darkness that plagues him without losing herself?
The answer is a matter of life or death
About the Author 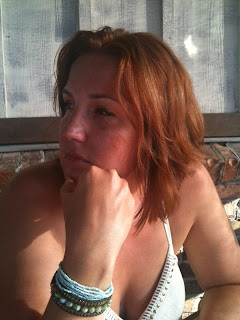 Courtney Cole is a novelist who lives near Lake Michigan with her small domestic zoo (aka family), her pet iPad and her favorite cashmere socks. She’s always working on her next novel.
To learstalk her you can follow thelinks below
Twitter
Website
Goodreads
Facebook
Now guys,dont tell anyone about this but, I have a Teaser for you but shhhh!!! it´s a secret and have you seen the cover yet? 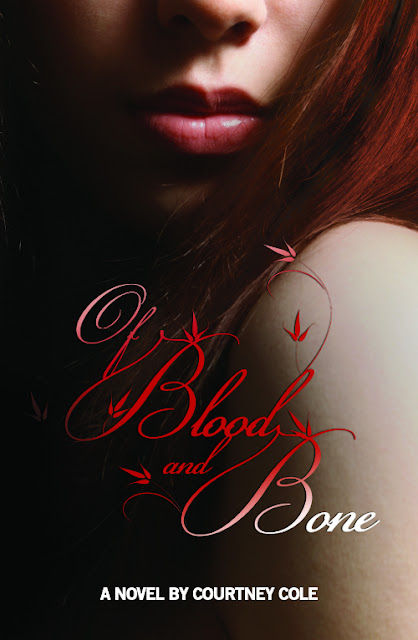 
Luca crosses the room in three strides and pours two glasses of what looks to be Scotch. He
walks back and hands me a glass. I can practically feel the power emanating from him. He’s
the type of person who has been born into it. It has been cultivated in him from the time he was
an infant and it shows. Power and money are in every molecular strand in his body.
“To sanity,” Luca says, tipping his glass toward mine. And then he downs his in one gulp.
I take a tentative sip and realize quickly that I was correct. It’s Scotch. Neat. Without one
ounce of tonic or even an ice cube to dilute it. It burns my mouth and warms my chest as it
slides smoothly down. But for some reason, I don’t want him to know that it makes me want to
gag and cough. I want to seem unfazed, so I drink the rest in two gulps and hand Luca back the
empty glass.
It is worth my numb lips because there is approval in his eyes as he takes it.
“Aren’t you going to ask?” he says as he sets the glasses down on a heavy wooden side
table. He is still staring at me and his gaze makes me feel like my skin will be ablaze soon.
“Ask what?” I feel slightly woozy from the Scotch. And to be honest, I’m also woozy from
being so near to Luca Minaldi. For several different reasons, he has an interesting effect on me.
“Wouldn’t you like to ask me if you’re safe here with me?”
I look at him, remembering his mother’s startling words. My son is evil.
“Am I?” I ask and my voice is barely a murmur.
“Probably not.”
Luca’s voice is quiet in the study, as dark as the night surrounding us, and I suddenly feel
like I should run, somewhere far away from here. But at the same time, I know that I won’t. I
am ridiculously drawn to this man and the more I find out about him, the more I want to know.
So I shake my head.
“I’m not afraid.”
Luca looks at me again and I don’t see one ounce of the vulnerability that I have seen there
before. Instead, he is expressionless once more and darkly handsome.
“Well, that’s the rub,” he answers. “You should be.”
*********
Sounds really good right?, I´m actually really curious about this title and knowing myself i´ll end up buying it you know me, i just can´t control myself when we are talking about books =D