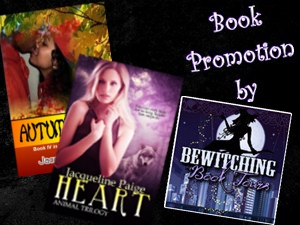 Hi guys, today is my stop on the Autumn Dance Blog Tour and as part of my stop I will have the visit of Jaqueline Paige and an excerpt on her latest Magic Season Book. BTW later on I´m also going to host a stop at Heart Blog Tour from the same author, that´s one book I´m eager to start.


Anyway let´s get back to business LOL!!!  I want to show you a bit of her work on the Magic Seasons Series before I can go all Autumn on you =D

Leena is a woman that is gentle in everything, her personality and moods. She always feels maternal with her closest friends and would go out of their way to look after any one of them. Her ability of controlling the elements and knowledge of plants make her magic abilities strong and unbreakable.  She is a leader at work and in life, always working hard to keep those around her close, but never allowing anyone to get too close.

To the outside world she is just Leena Duncan, a quiet woman who works a normal job and lived a quiet life.
A few times a year she can openly use her magical gifts at celebrations within a small community of people she calls friends.
Having lived through the horrors that can come from the hands of someone you thought loved you; she decided never loving again would prevent more emotional scarring.
It takes one man at a rainy Beltane celebration to change everything she is comfortable with and one killer to change her safe world.
Owen is a man that reflects humor and cavalier vibrations to others, he is gentle and caring as is his ability to draw negative and heal others. If you didn’t know him, you would never realize he came from violence.  Knowing how the real world can be, he has vowed to never put himself into the position, or allow anyone else that could open up the world he has carefully sealed shut forever.
He creates worlds and puts them on paper to entertain others.  After years of using his imagination he finds out his friends can do things he thought only his mind created.
For his entire adult life Owen Grey has always played it safe and kept to his own world of writing, never getting too close to anyone.
Having lived a nightmare growing up he would never take the chance of repeating history.  He may write about happily-ever-after, but knows it is pure fantasy and doesn’t exist.
Until her . . .

Kasey is a woman that exudes energy and brightness; she is as equally passionate when angry as she is when she’s happy. The energy she carries from life comes through in all her magical workings with spells and stones, giving them great magical strength. She is a dreamer and often wishes she could re-write her own story so that she was charming and sophisticated enough to be with a certain wealthy male lawyer she wants more than anything else.

Chris is a force of strength and experience that is carefully hidden behind the easy mannerism he has adapted so carefully. There is nothing he cannot do where magic is concerned and he has tried all manner of things, whether right or wrong. His fortune has left him wanting for nothing else in life, except the one thing money can’t buy him, the woman he feels too unclean to approach.

Separated by two different life styles yet their passion and magic ignite sparks hotter than the Solstice heat.

Can they work out a way to be together as they try to stop a killer from striking again?

Armed with magic and a plan for the Lammas festival as a group they are determined to stop the killer from harming anyone again.

With a plan of his own, Steven decides to persuade Rachel that they’re meant to be together.
Rachel is a woman that lives carefree with a buoyant recklessness. She loves being a flirt and has spent many years indulging that side of her personality. Her energy draws others; her character is to protect all those that cannot protect themselves. When she’s not riding on life, she is helping children less fortunate then herself.
Steven is man that gives more than his energy usually allows. He is a highly respected pediatrician that always goes that extra step to ensure all in his care are receiving his utmost attention. He often sacrifices sleep to spend time with his friends, and he can’t seem to help affably chasing the skirt of the one woman that breaks his easy going charm and makes him forget he’s supposed to be the jovial. He hides his strength in body and magic, never letting others know that he is more than the carefree man with everything he needs.
Armed with magic and a plan for the Lammas festival as a group they are determined to stop the killer from harming anyone again. With a plan of his own, Steven decides he’s done waiting for Rachel to see that they’re meant to be together and takes things into his own hands.


Now all of this titles are availabl,e so if you guys want to buy them ,all you have to do is click on the links below and it will take you to the book amazon page
Now for the Blog Tour 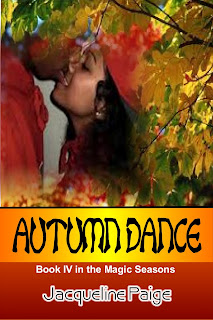 At the autumn gathering twelve angry and determined witches use their power to draw out the killer before anyone else can become a victim. With his magic ability Dade has control like no other— if he had that in his everyday life he could have the one thing he wants. Coralee is a woman that represents grace and simplicity. She has the skill of being able to feel emotion, aura and see beyond the now. The pain sometimes associated with this gift has forced her to live her life from a distance. She decided early in life what she wanted, and returned from her years away at school set to obtain her biggest dream. Unfortunately she has found the past few years lacking just that as she waits for the man she wants to stop and look at her instead of every female that throws themselves in his path. Dade is a man that follows life simply, yet his charitable personality brings him a wealth of satisfaction. He is the first to lend a hand, the last to stay and help and the one everyone calls when something goes wrong. Even though his own generous nature fills his life, he still manages to find time enough to get himself into a mess at every turn and spends most of the time imploring forgiveness from the one sexy voodoo woman he can’t seem to get close to.


Autumn Excerpt
Steven slumped down in the seat as Dade drove them back to Cora’s to unload everything.  Closing his eyes he sighed.  Sleep! Soon!
“Do you know where I can get a horse?”
He opened his eyes and looked at Dade.  “There’s a horse on the list?”
Dade looked at him and frowned.  “What? No!”
Steven sat back up.  “Should I even ask what the hell you want a horse for?"
Dade smirked.  “You said you wanted to see me top all of you guys.”
Steven pinched the bridge of his nose for a second.  “And you need a horse to do this?”
Dade nodded.  “Yeah, a white one.”
Steven put his head down and chuckled.  “Do you even know how to ride a horse, I’m assuming you planning on riding it.”
Dade shrugged.  “How hard can it be?”
“Oh! I can’t get in shit for taking pictures this time.”  He took a calming breath trying not to laugh again.  “I have a patient, well his parents own a horse farm, if you’re serious.”
Dade grinned.  “I’m serious.”
He leaned over towards him.  “You’re not going to ride a horse into Cora’s house are you? 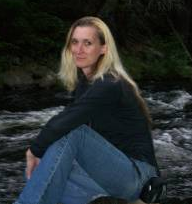 The Balancing Act
I was asked the other day how I’ve managed to write ten books in the past three years and the system I use to keep myself organized and productive.
The first part would be having the ideas to write about.  I actually have a note book filled with ideas and partial plots. This way I never run out of stories to write.  If a scene pops into my head I scribble it down so when I get to that point it’s there and I’m not struggling to remember.
When I’m racing with the keyboard to get a story finished (not usually as fast as my muse would like) if I come to a part that doesn’t work or I’m drawing a blank on where to take the characters at that point, I leave it blank to come back to later.  Most times there are two or three scenes missing in each story when I’ve reached the end.  I close the file and set it aside for a month or more and then when I go back to sigh over the silly typo’s and mistakes it’s easier to put those scenes in after reading the entire plot.
I have also abandoned a story I’m working on if another one keeps distracting me with scenes and plots.  It just makes more sense to run with one that is playing out in your head from start to finish.  As a result of doing this I have written complete books in a month that just kept flowing for me.
The great part to having all these ideas and hoping from one to the next is I never get tired or frustrated with one particular set of characters.  If they’re not co-operating and helping me get them on the page then I have several other options sitting on the side lines waiting for their stories to be told.
The downside to doing this is I always end up with multiple books signed and edits due one right after the other.  If I could just figure out how to get through that editing crunch of having releases close together in a smooth, stress free way I’d be a much happier me. J  I had one release in January, March, May, June, September one in November.   Editing mayhem…
Would I do it again?  You betcha!